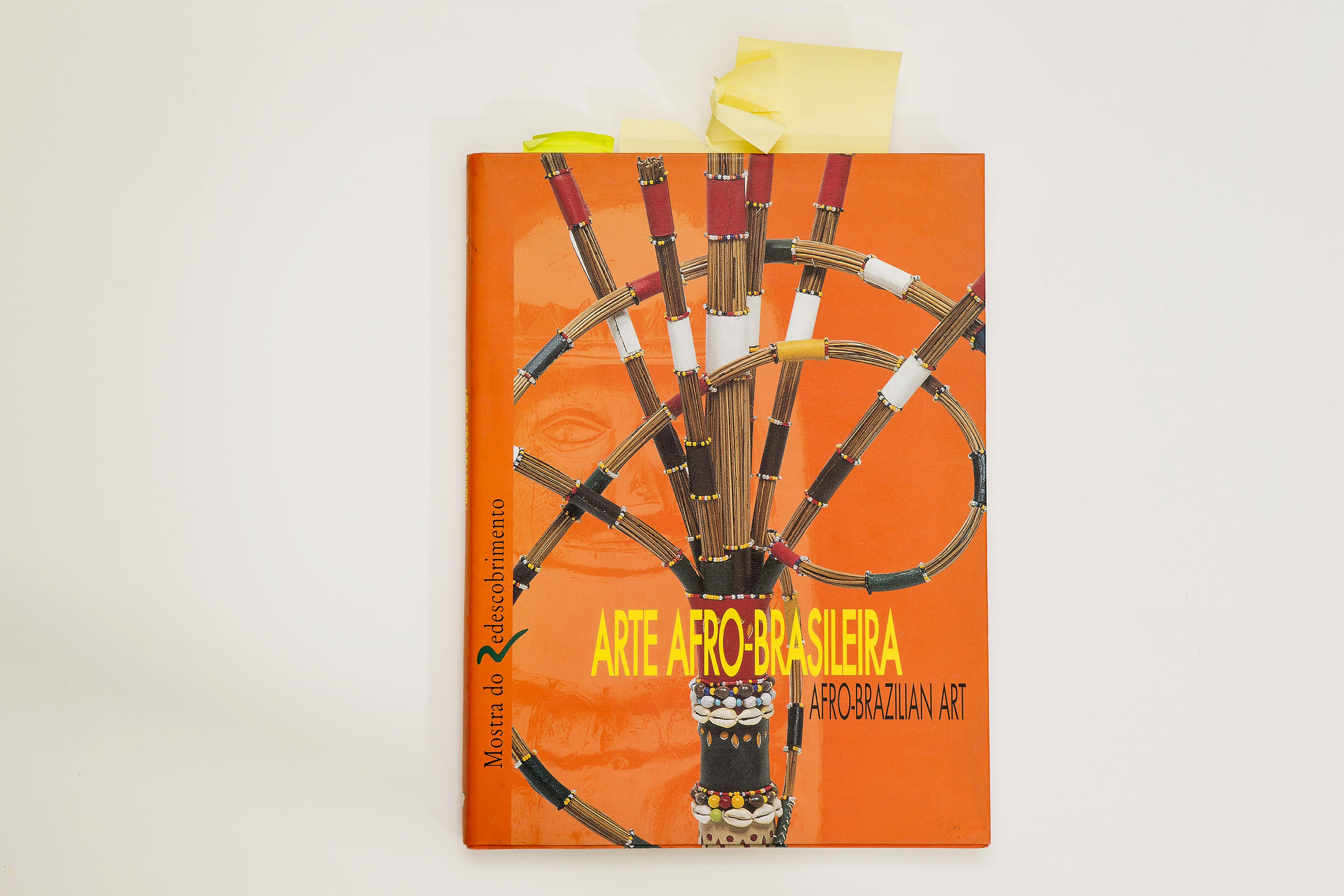 ‘Brasil +500 Mostra do Redescobrimento’ was a year 2000 mega-event celebrating the fifth centenary of Brazil’s discovery held in the Ibirapuerapark. The exhibition, breathtaking in its artistic, historical and academic ambition, was the largest in Brazil’s history and was made up of thirteen (!) pavilions spread across a surface area larger than– proudly claimed the organizers– the Louvre!

One of these pavilions was a survey of so-called ‘Afro-Brazilian’ art. The ‘Mostra do Redescobrimento’ as a whole sought to exhibit the fullest breadth of Brazilian artistic expression, from pre-colonial cultures to the contemporary. Critiques of the exhibit include Guillherme Barros’ assertion1 that the curatorial endeavor was undermined by mass marketing and institutional propaganda to

[construct] a discourse of a new Brazil, rebuilding and using the myths of Brazilian identity to perform a reading of the country through the tripod Neoliberalism, End of History and Globalization.

‘Afro-brazilian art is above all a contemporary phenomenon. It became known the the twentieth century, when it began to be recognized as encompassing any expression in the visual arts that recaptures, on one hand, traditional African aesthetics and religiosity, and, on the other, the socio-cultural context of blacks in Brazil. The term thus refers to the material culture of the black sector of the Brazilian population, the works that are representative of Africa-derived popular culture, and the re-readings of traditional african art.’ – Leuba Salum

Also worth mentioning is the catalogue’s design, which is off-kilter and delightful in a so-wrong-it’s-right way. The first essay, especially well illustrated with hundreds of images, makes the essential and central assertion that one needs to surpass the aesthetic or visible qualities of traditional African art and appreciate the semiotic and intellectual nature inherent to each masterpiece.

“The African art object resembles a pictogram that gives us an image and its significance (in the form of Egyptian hieroglyphics), but we do not know how to decipher it…Image and representation in Black Africa carry a social, educational and human message, often condensed, in the form of a proverb… The African art object always presents an enigmatic side, which has the effect of opening the field up to the unknown.

Thus it can be seen that African arts are the product of highly intellectual processes, of a tradition of concepts and values that have been transformed into images.” –  Neyt and Vanderhaeghe

Kabengele Munanga’s essay confronts the issues of colonialism and slavery and themes ancestry, identity, ceremony and conversion. It explores the powerful intersection of the Candomblé and Catholicism which was a great emblematic aspect of Kate’s work when she lived in Brazil.