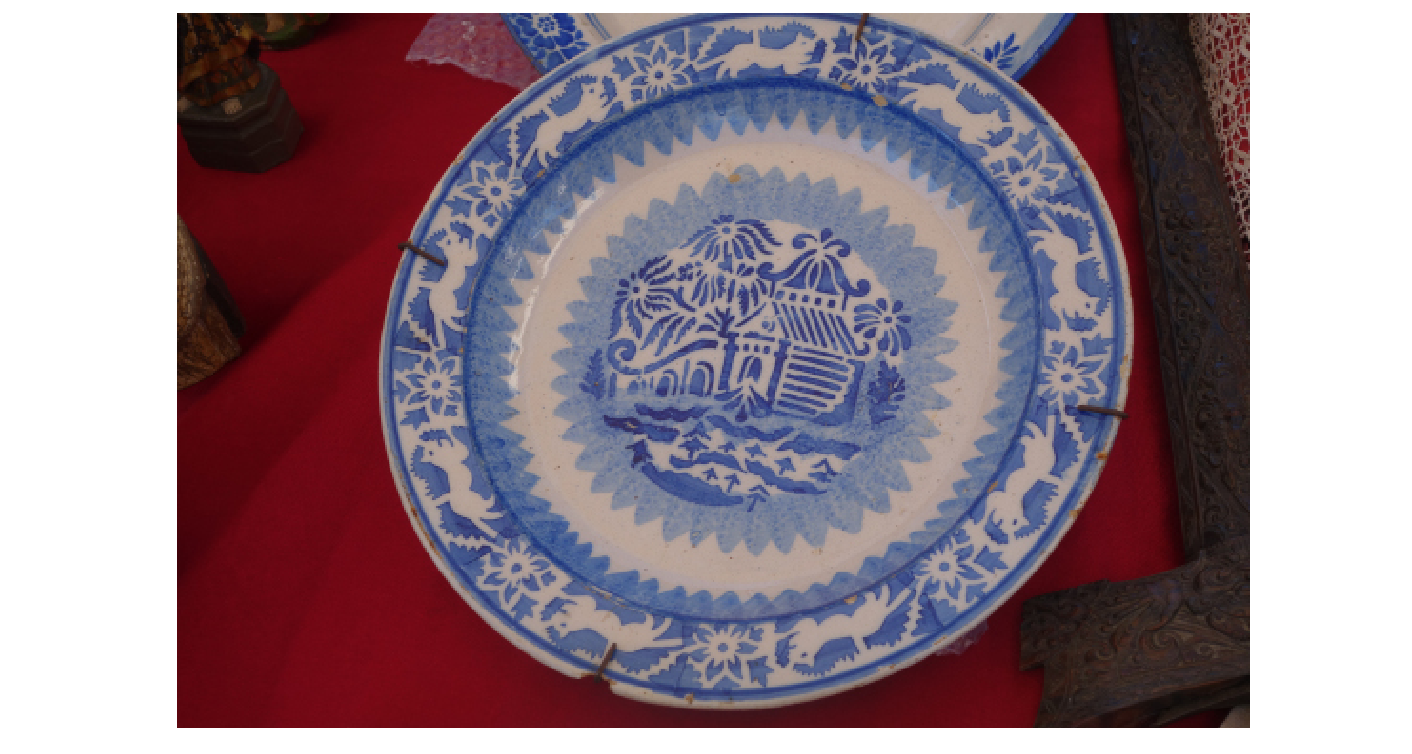 Faiança is a very common term in Portugal used to describe the popular and typical style of glazed ceramics found everywhere there, from hospital walls to flea markets. It’s called faience in english, says google, and it is instantly recognizable; ye olde blue and white ceramics. The technique is technically characterized by a pale tin-glazed background decorated with a colourful slip glaze. The three main components of Faiança: a clay base, a glass glaze and metal dyes.

A Brief Note on the genesis of Blue and White Ceramics

A quick historical note, tedious as they can sometimes be: the birthplace of this technique in ceramics is commonly assumed to have been in Iran or Iraq during the flourishing of the Islamic civilization in the middle ages. Ceramic techniques developed for ages more around the middle east and the Mediterranean basin before being brought west by the Moors to Spain and taken east to China by ‘some bright entrepreneur’ says Tim Mackintosh-Smith. The writer expands on toings and froings of the early decades of the fourteenth century, and its effect on the world of design and technology, is in his fabulous novel Travels with a Tangerine about the life of the great Ibn Battuta:

For centuries, Persian potters had been using cobalt to paint underglaze blue decorations. In the early fourteenth century, some bright entrepeneur had the idea of taking it to China. The Chinese potters tried out this ‘Muhammadan blue’ on their highly prized white porcelain, and in about 1325 started to export the barbarous results back to the Near East. The shapes were based on those of Islamic metalwork, the blue decorations incorporated jolly chinoiseries. Soon, imitations were being made in Persia, then in Egypt and Syria. Later on, the Ottomans took blue-and-white to heart and put tulips on their pots; the seventeenth-century Dutch then fell in love with it, putting windmills and armorials on their pots, and tulips in them. The bastard transfer-printed descendants of blue-and-white still leave Stoke-on-Trent in their willow-patterned millions.

Blue and White Ceramics in the V&A and Iran

Apparently, the earliest piece of faience known to be found in Portugal is housed in the Victoria and Albert museum. It should be an example of fifteenth-century export from Iberian Peninsula in the hispano-mooresque style. This may be a myth, though. A recent trip to the V&A revealed they seem to have only five pieces of Portuguese ceramic in their collection. Five! ‘Paris’, which was just above ‘Portugal’ on the catalogue’s location search, had 347 pieces! Ish. You would think Portugal has virtually zero (ok, five) ceramics which is absurd because in Portugal you can’t swing a cat, porcelain or otherwise, without hitting some form of faience.

You see the ‘jolly chinoiseries’ throughout the ceramic collections of Iran, and in books like the ‘Arts of Islam: Masterpieces from the Khalili Collection’ by Thames&Hudson, but it can get confusing! I originally thought much of the figure’s aesthetic to be product of this Persian-Chinese pot and plate exchange, but some figures clearly pre-date this and are in fact products of Seljuk dynasty characterized by a ‘moon-faced’ beauty’ so it goes to show…